I had lunch with Raf today. Though we hung out last weekend, we wanted to have either lunch or dinner before my trip. He and Brie were the only ones in attendance at our mother’s birthday dinner last night (which I didn’t attend because of this bullshit).

“Y’know, Mom would never tell you this, but Brie set aside pad Thai for you last night.”

“She did?” My voice cracked.

“Yeah. Brie thought you were coming to dinner, so she wanted to make sure you had a plate.”

I couldn’t help it. My eyes welled up.

“Whoa, sis — didn’t meant to make you get all emotional before going back to work.”

“I just love you two a lot. I wish I could’ve seen Brie this past weekend, but — ”

“I know. Dad was there. I get why you wouldn’t wanna see him after everything he said.”

“I’ll be there while Mom is in Philly, once I get back.”

Our parents are wrong. Brie knows I haven’t left her. She hates being around our parents as much as I do because of their erratic, explosive behavior. When I get back from Asia, Brie and I will have sister bonding time (since Raf usually works on weekends). Our parents won’t prevent me from seeing two of my favorite people.

Two days from now, I’ll be sitting in LAX waiting for a flight to take me across the ocean. I’ll travel into the future (since there’s a fourteen hour time difference). I’m looking forward to adventures in foreign lands. But I’m most excited to leap into my boyfriend’s arms (and try not to cry) because I’ve missed him so much. 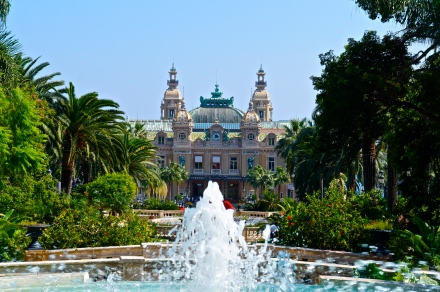 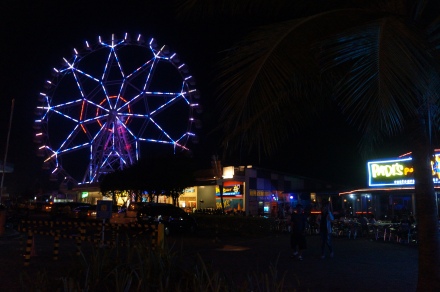 Last week, one of my coworkers gifted me with a Peachdish box. Peachdish is a new Atlanta-based startup that mails you a three-course dinner (that serves two people) with fresh ingredients and an easy-to-follow recipe for $20. (I got mine for free, which was even better.) Peachdish subscribers don’t know what each week’s dinner is until their Peachdish boxes arrive. 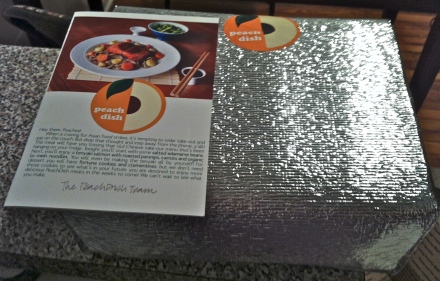 This Peachdish box contained edamame for an appetizer, ingredients to make teriyaki salmon with carrots & parsnips over noodles for the entrée, and clementines and fortune cookies for dessert. 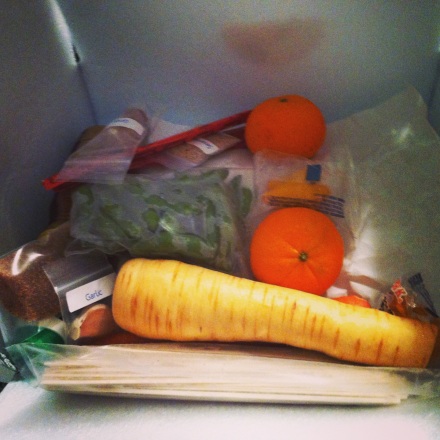 Fresh ingredients for a three-course dinner.

The recipe directions were easy to follow and the results were good. There were a few items you had to have in your kitchen, like sea salt, pepper, and olive oil. But other than that, everything was included in the box. (I’m writing the recipes by memory, since I forgot to take a photo of the recipe card.) I made the edamame right before the salmon was done, so it wouldn’t be cold. 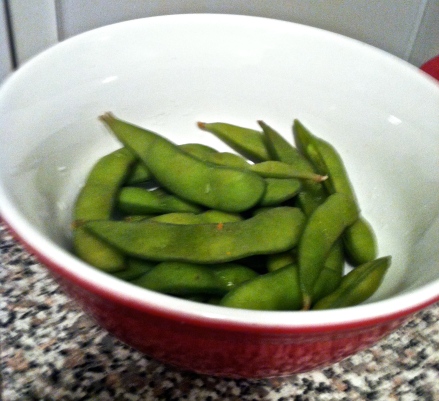 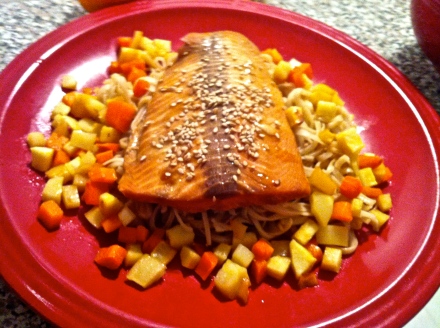 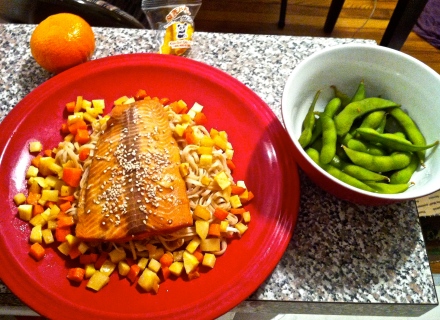 A three course meal. (One serving.)

If you’re in the Atlanta area, hate grocery shopping, and want to cook more, you should definitely subscribe to Peachdish. *Note: I’m not being paid to endorse this startup. I just enjoyed my Peachdish dinner so much that I wanted to share it with y’all! 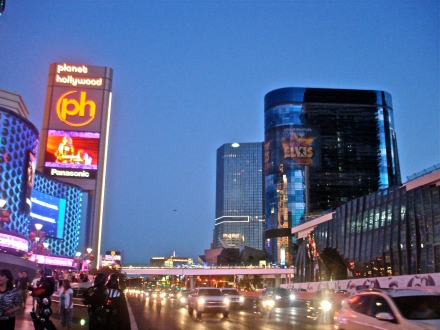 It’s Ames‘s birthday today! Usually, we celebrate with cupcakes and wine. This year, we celebrated early (on Sunday) with Mexican food and sangritas.

Ames is lactose intolerant, so two years ago, I made a vegan version of one of her favorites — red velvet cupcakes with faux cream cheese frosting. These cupcakes are somehow both dense and fluffy. Be sure to refrigerate your frosting, though, so it won’t melt (as mine started to do). 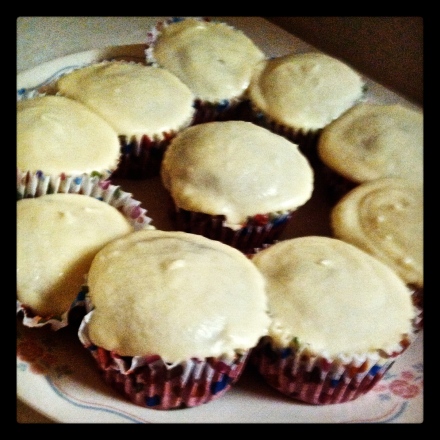